Royal decree as legal basis for the use of drones: ready for takeoff?

Remote Piloted Aircrafts (R.P.A.), better known as ‘drones’ are the technological reality of today. In order to face the legal issues related to the use of ‘R.P.A.’s’, a Royal Decree regulating their use, was issued on 10 April 2016 (Belgian Official Gazette of 15 April 2016), and entered into force on 25 April 2016.

The Royal Decree regulates the use of R.P.A.’s that take off or land on Belgian territory or fly in Belgian airspace.

Excluded from the scope are:

The Royal Decree prohibits the use of R.P.A.’s on certain specific routes, as well as for passenger transport, for postal and freight transport, towing, to perform acrobatic flights and formation flights, for cargo dropping and for agriculture spraying.

Furthermore, an R.P.A. can only be piloted over a non-prohibited location in a non-controlled air space.

A distinction is made between class 1 and class 2 flights. The distinction of these classes is in essence based on their relevant risk-level.

Class 1 flights are considered to have a moderate or higher risk for aviation safety, safety of persons and goods on the ground as they may reach a maximum height of 300 feet with an R.P.A. that can weigh up to maximum 150 kg. Further distinction is made between class 1 flights with high risk (called “class 1.a.”) and class 1 flights with medium risk (“called class 1. b.”). Class 1.a. flights can only be executed after prior admission (“Toelating”/”Autorisation”) is granted by the Directorate-General of Civil Aviation. Class 1.b. flights can only be executed after the Directorate-General of Civil Aviation is notified (“Verklaring”/”Déclaration”) 10 days in advance.

Class 2 flights are considered to have a low risk-level for aviation safety, safety of persons and goods on the ground as they may reach a maximum height of 150 feet with an R.P.A. than can weigh up to maximum 5 kg. There is no prior admission or notice required before a class 2 flight is made.

In any case, the pilot also needs to keep a fully detailed log book, containing a.o. the following details: the date of flight, the name of the pilot, the registration mark of the R.P.A., the takeoff and landing place with GPS coordinates, the arrival and departure time, the flight time, the type of activity, the names of the persons involved in the flight operations and as the case may be the observer of the R.P.A., i.e. the person who’s task consists of helping the pilot with executing the flight in all safety and within the limits of the Royal Decree by keeping visual contact with the R.P.A.

A distinction needs to be made between class 1 and class 2 flights.

In order to legally execute class 2 flights an Attestation of R.P.A. Pilot (“Attest van bestuurder van een R.P.A.” / ”Attestation de télépilote”) is required. Such a license can already be obtained as from the age of 16 after following a theoretical course and demonstrating practical skills. This attestation for class 2 flights permits the holder of the attestation to pilot an R.P.A. with a maximum weight up to 5 kg.

In order to legally execute class 1 flights a License of R.P.A. Pilot (“bewijs van bevoegdheid als bestuurder van een R.P.A.” of “license de télépilote”) is required. Such a license can only be acquired by adults (≥18 years), who passed a theoretical exam, have flight experience under the supervision of an instructor and demonstrate their practical skills.

An attestations or license can be limited, suspended or withdrawn in four specific situations. It is solely the minister or his proxy, or the director-general who is competent to limit, suspend or withdraw the attestation or license in these specific situations. For example, in case of endangering people while piloting an R.P.A., or in case of breaching, on purpose or not, of an article of the Royal Decree or legislation applicable on the use of R.P.A.’s.

Each type of R.P.A. has to have obtained the mandatory model-approval by the Belgian Directorate-General for Civil Aviation before the specific model can be used. If an R.P.A.-model has obtained (i) an approval of a European aeronautical authority and (ii) it is proven that the model meets the same requirements of the Belgian Royal Decree, the approval is considered to be obtained.

The Belgian Directorate-General for Civil Aviation manages a register of R.P.A.’s. Every single R.P.A. has to be notified to the Director-General. If an R.P.A. was already registered outside of Belgium, the registration in Belgium can only be executed if the foreign registration is erased. This register will list the model and serial number, the construction year, the identity of owner of the R.P.A., the name of the ground-control station, … etc.. Anyone who wants a proof of registration will be provided one by the Directorate-General for Civil Aviation on simple request.

An R.P.A. always has to yield for manned aircrafts.

The minimum radius around obstacles depends on which type of flight-class operation is executed.

Every person that operates an R.P.A. is obliged to take out specific insurance. Non-commercial activities have to be covered by a mandatory insurance for civil liability that covers material damage and physical injury. For commercial or professional use of R.P.A’s additional insurance is required.

Furthermore, if an R.P.A. is used for collecting data, the general rules of the Belgian Privacy legislation of 8 December 1992 will be applicable on the captured data by the R.P.A. under certain conditions.

Flying a drone in violation of the Royal Decree is subject to the criminal sanctions contained in the Aviation Law of 27 June 1937 and the Royal Decree of 15 March 1954, which ranges from fines to prison sentences. Furthermore a Royal Decree of 13 November 2009 provides for administrative fines that can be issued by an official of the Directorate-General of Civil Aviation.

The Belgian Royal Decree lands a regulation of the use of R.P.A.’s. It is necessary to determine upfront the purpose of the use of an R.P.A., consider the requirements and to comply with the flight rules in order to avoid non-compliance with the decree.

Do not hesitate to ask K law for assistance should you have further questions regarding the application and implementations of the Royal Decree. 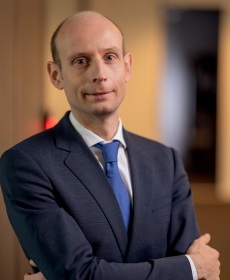